I attended a  concert last week in which the artists, Tenth Avenue North performed their song, Stars in the Night. Before performing the song, lead vocalist, Mike Donehey, asked the crowd to turn on their camera phone lights. With lights shining throughout Wells Fargo Arena, I purposely took these pictures out of focus to get more of a more star-like quality. 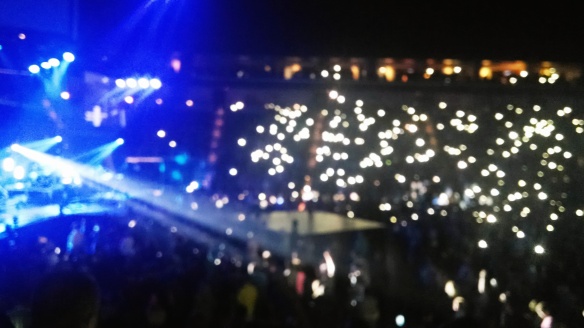 The band’s guitarist, Jeff Owen, describes how he and Mike wrote the song:

He and I sat down on his piano and came up with these lines around the idea of stars in the night. Old sailors had navigation only by stars. That’s kind of like our walk as believers when the sky is the darkest, the stars always seem brighter and more stars appear to guide you to where you’re going.