Cheri Lucus Rowlands issued this week’s challenge suggesting that walls are “the canvases of our lives: where stories are read, voices are heard, ideas are shared.” Here are a few walls around my town that communicate some pride and support of our community.

Apparently, no business currently occupies this downtown building, but its boarded up windows lend a bit of beauty instead of blight.

This mural on the local YMCA conveys Creston’s past as its railroad depot and Bluegrass Palace are prominent features, highlighting the role of transportation and agricultural in its economy. 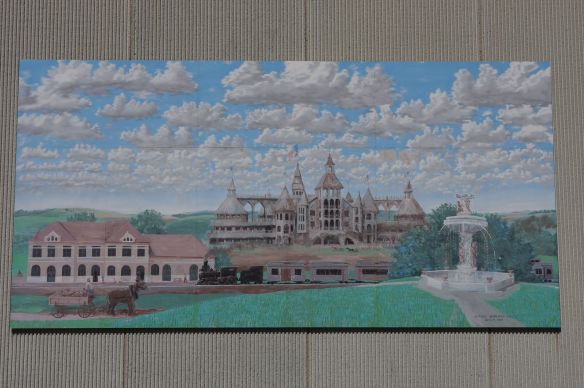 The Creston News Advertiser, our weekday newspaper, invited the Southwestern Community College Art Club to paint this mural on the side of its building in 2006. 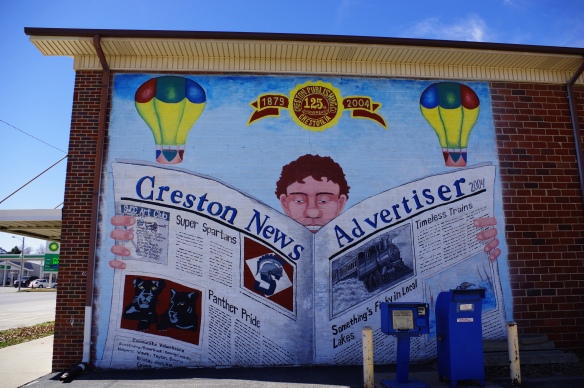 Mural on the side of the local newspaper publishing building painted by the SWCC Art Club.

Three of the four panthers on the wall of the high school gymnasium illicit “Panther Pride.”

Finally, the high school commons is surrounded by photos of the achievements of present and former students. In 1997, the basketball team won the Iowa High School 3A state basketball tournament. My daughter, Katie, was a cheerleader. The cheer squad made it their goal to lead the student body in garnering the “Sportsmanship Award” and they succeeded! 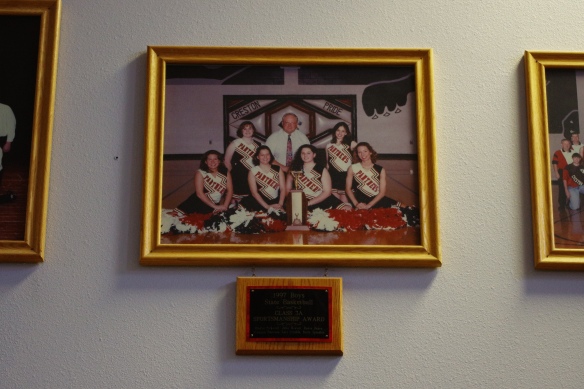 You can find more examples of this week’s challenge HERE.