The 36th Annual Southwest Iowa Hot Air Balloon Race, our community’s most popular event, occurred last weekend. While we had clear weather, wind conditions only permitted two of the four scheduled flights, three of which are competitive. Both of those flights were characterized by almost no wind, almost cancelling the second flight. Because a church member was sponsoring a balloon, I was able to get up close for some pictures on Saturday morning and then have my first ride on Saturday evening. It was a blast! Here are some of the weekend’s pictures that I think meet this week’s challenge – from the lines (cables connecting the baskets to the envelopes) to the geometric patterns of the envelopes. 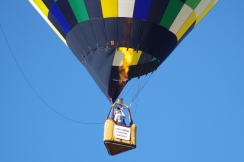 Coming in for a target -Mike Reinert, pilot 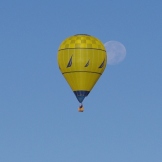 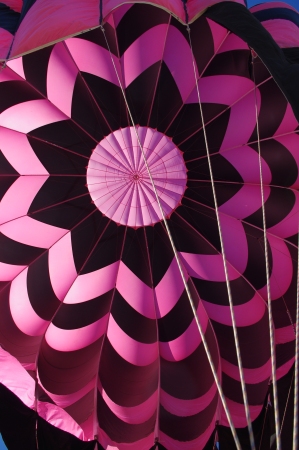 As I mentioned I had my first flight in a balloon! While only about a mile in distance to the target, the winds were minimal, making it about a twenty-minute flight. It was an invigorating experience and a blessing from God. Here are few more photos I took from that afternoon ride. 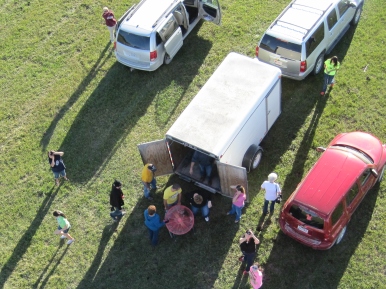 Up, up and away

Feet on the ground again.

Creston from the air

While all three of my daughters have previously flown, my wife has been apprehensive about me flying because of a deadly hot air balloon accident she saw portrayed in a movie. Additionally, you might have noticed that the balloon sponsor was a funeral home – “that could be like a direct ride to the Pearly Gates.”(ba-dum tshh). However, I went with her blessing. When suggested by one of my daughters that “we need to get Mom up, now,” she responded, “When God gives me wings.”

Yet those who wait for the Lord
Will gain new strength;
They will mount up with wings like eagles,
They will run and not get tired,
They will walk and not become weary.

8 thoughts on “Weekly Photo Challenge: From Lines to Patterns (Take 2)”