While the main feature of our vacation spot is a beach on the Gulf of Mexico, we have always enjoyed Alligator Lake and it’s occasional breaking out into the Gulf. But, only in the last few years did I discover its uniqueness to not only in the U.S., but in the world as a coastal dune lake. 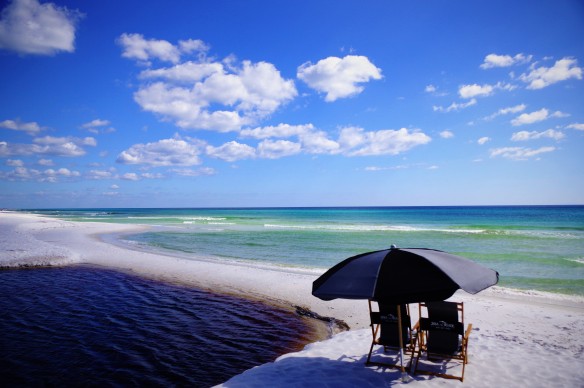 Alligator Lake is held back from entering the Gulf by a coastal dune.

Walton County is home to 15 named coastal dune lakes along 26 miles of coastline. These lakes are a unique geographical feature and are only found in Madagascar, Australia, New Zealand, Oregon, and here in Walton County.

The brackish waters serve as a stark contrast with the clear water of the Gulf. The occasional break through due to flooding or storm surge (and the occasional human interaction), usually only last for a day before the dune is rebuilt and holds the water back for weeks. This video captured the “outfall” from Alligator Lake in our visit in 2014.